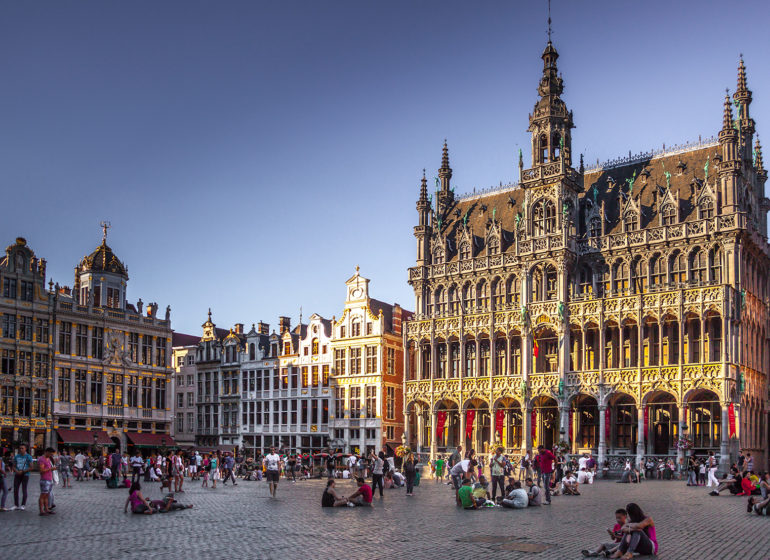 After spending a wonderful time on the Grand Place, it is now time to start visiting the most interesting Museums of Brussels. Hereunder you will find a checklist of these places to visit.

1. Atomium.
Since its creation in mid-1958, the 9 bowls of the Atomium has become a Belgian symbol of the 20th century. The 20th century, during which the atom was fully mastered and became widely used by our society and affecting the development of our standard of living.

2. Museum of Costume and Lace.
The famous Brussels’ Museum of Costume and Lace was created in 1978 And is located in the neighbourhood of the central Grand Place, not far away from the Hotel Amigo Brussels. It occupies a bourgeois house built in the 18th century. It contains rich and interesting textile and fabric collections. Most of the precious lace are hand-made with bobbins or needles in Belgium, France and Italy. As far back as the 17th century these masterpieces are exhibited next to civilian costume mainly women’s clothes or fashion accessories. The museum displays the essential complements to elegance, such as umbrellas, pieces of lingerie, leather purses, all kinds of hats, men and women shoes, fans, etc…

3. Royal Fine Art Museum Or the Musée des Beaux Arts.
With its clean art deco lines, Horta made his swansong a spacious and functional building that welcomes all international exhibitions. In 1997, the central hall was totally renovated. Thirteen interlinked, square and circular rooms ensure that there is space for even the largest masterpieces. The Musées des Beaux Arts, also hosts the regular Europalia festival. This international renewed festival, which focuses every year on a different country and serves as an information point for exhibitions in other museums in the city.

4. Victor Horta Museum.
Victor Horta (1861-1947) was born in Ghent (Flemish part of the country), where he failed in his first career, being fired from the music conservatory. He then moved to Paris to study… architecture, returning to Belgium in 1882 to complete his training with Alphonse Balat, the architect who worked his hole life for the famous King Léopold II.
Victor Horta became the most impressive and trend–setting architect of this end of 19th century. The Museum itself is one of the most astonishing creation of Horta : a sumptuous Hotel Particulier that every tourist should visit.

5. Museum of Cacao and Chocolate.
While walking through the museum, you will assist to an everyday demonstration by a master chocolatier. You will also have the chance to taste various chocolate delights (Including Belgian Pralines). After the visit, a small shop offers you his treasures for true chocolate lovers. Gustatory and olfactory delights are on the program.

6. The Archaeological undergrounds of the Palace of Charles the 6th.
You will make a fascinating tour underneath the Place Royale and discover the remains of this illustrious palace. Impressive.

7. Dynasty Museum.
Go back through the Halls of Time to encounter the fabulous story of Belgium from its roots to its today’s destiny. July 1830 : the Monnaie Theatre shook to the sound of the Revolution, announcing the coming of a brand new country… The Belgian Kingdom.

8. Bellevue Hotel Museum.
The Bellevue Hotel was constructed in Louis XVI style by Mr Guimard. He was also the architect of the famous Place Royale. The hotel Bellevue was remodeled, particularly in 1910 and 1930, when it was used as a princely residence. Major recent restoration work was undertaken in end 90’s. The current layout emphasizes the refined setting of this historical hotel and offers visitors an exceptional view of the Royal Palace and its famous gardens.

The Importance of Hotels and Accommodation in Promoting Tourism