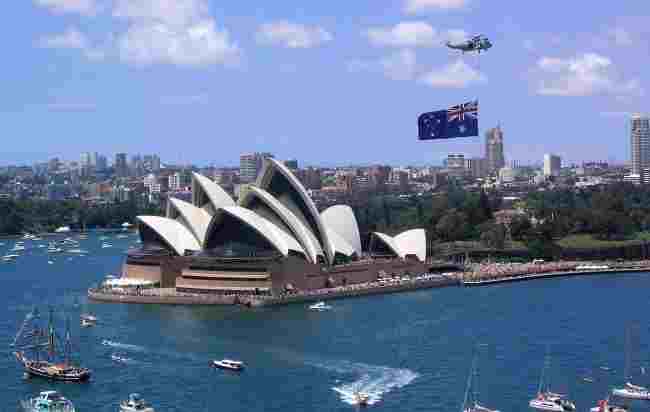 By size, English-speaking Australia is the 6th largest country in the world and it extends on to include a group of islands – one of which you might be familiar: Tasmania! Other countries close by include New Guinea, Vanuatu, New Zealand, and a few more. So if you’re thinking about traveling to Australia, you might appreciate knowing a few answers to some questions that people usually ask before making a trip to ‘The Land Down Under’ based either on rumors they’ve heard or the experience of others.

For instance, you might appreciate knowing what personal appliances of yours will work in this country, like a blow dryer or some other appliance that you need to ‘plug in somewhere’. You should note that although the country is closer to American culture than most of the others, the outlets in Australia are not the same as the outlets in the U.S.

If you’re an American traveling to Australia, you’re going to need to get some socket adapters and you might also need to get some voltage adapters so that you can get some of your electronic appliances from back home to work. This is of course assuming that these adapters are not already in place at the hotel that you stay at (like if you were to visit with a relative or stay with a friend).

If you want to bring along some VHS videos (like home videos) with you on your trip however, you won’t have a problem displaying these because all VHS videos play on Australian VCRs. And if you can manage to get your hands on a DVD player that works in any location of the world, then you’ll certainly have no problem with displaying these disks either.

Other things like CD players and personal computers should work fine too, but your current telephone won’t work at all unless it can operate on a GSM-900 frequency. Should you decide to stay at a hotel, these accommodations should already be put in place. They’re really only relevant if again, you decide to visit with a relative or stay with a friend – or anywhere that might not support or use American-based electronics.

Tipping in a foreign country is always a concern, as we’re often not too sure how much to tip or if even tipping is part of the custom. Although it’s customary in the United States, it’s actually an insult to tip a serviceman in other parts of the world. And what makes the issue even more confusing is that the rules about when to tip, who to tip, and how much to tip change all the time. Fortunately, the tipping rules in Australia are pretty simple. If you want to tip, feel free but note that most service charges are already included in any bill that you pay.

Answers About Touring the Land

Because of its immense size, touring about Australia is nothing short of extreme temptation- so you may appreciate a little lesson in its geography. For instance, If you plan to rent a car and create your own personal excavation, understand that most cities are situated around its coast. As you travel inward, toward the center of this continent, you enter areas that are less populated and the more inward you go – the more remote things become.

Although this certainly presents a circumstance of uncharted adventure for you, you’re strongly advised to stick to the cities along the outer limits unless you bring along an experienced guide. As long as you stick to the populated areas, you’ll be fine and you may come to enjoy some of the most attractive sights in the world like:

The Great Barrier Reef – located off the northeastern coast of Australia, it’s the largest coral reef in the world.

The Red Centre – home to the largest monolith in the world; otherwise known as the Ayers Rock.

Sydney – a popular city that offers Opera House entertainment plus the Bondi, Chinaman, and Manly beaches.

Melbourne – another city known for its stylish architecture, dining, and shopping

Canberra – the most modernized center of the world that serves as Australia’s own capital as well.

Of course, you wouldn’t want to miss Australia’s own unique plant life either – a sight that you simply won’t find anywhere else in the world. And because Australia is rich with distinctive plant life, you’re bound to catch sight of some unusual animals that you’ve probably only seen in books!

This certainly isn’t an extensive list of all your concerns, but hopefully it answered some of your thoughts about traveling to this great land.

Australia’s main cities can be well traveled by buses, as they frequently tour these areas on a regular basis. Moving about within urban and rural cities (up to 30 miles from city limits), you can visit some of the popular tourist attractions with discount tickets or ticket purchased directly from the bus driver.

Travel in Australia by Taxi

Traveling by taxi provides an extremely convenient way to move about when traveling short distances to important centers and residential districts. Like traveling by taxi in the United States, you can flag down a taxi anywhere in Australia including airports, train and bus stations, or even on the street.

Traveling by car rental in Australia is an inexpensive mode of traveling around the cities – especially since some car rental services in the area discount rentals that are arranged for three days or more. Rentals require a driver’s license and a credit card that’s issued to a driver between the ages of 23 to 70.

Comparison of Flight Tickets Can Help You Book Cheap Flights

Cheap Flights to Fiji From India Promise Boost to Tourism