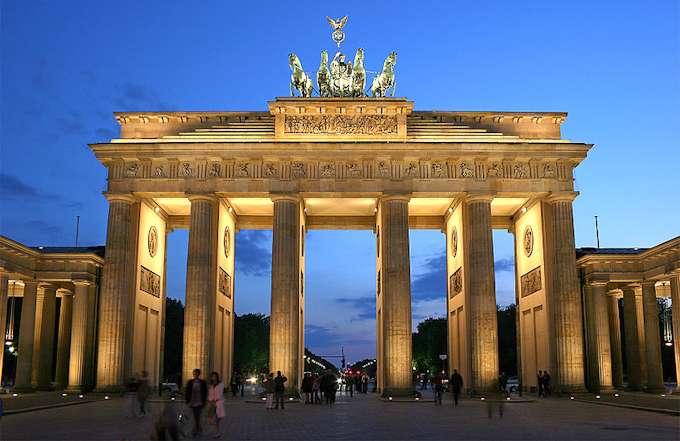 It is difficult to think of a modern industrialized city that has been through quite as much upheaval and stress in recent times as Berlin. The German capital has been undergoing a massive reunification effort and cultural explosion since 1989 that has held an awe-inspired and utterly captivated audience of visitors since then. No other city offers such an intimate understanding of the complexities and atrocities of world war than once-divided Berlin.

Despite the destruction of the Berlin Wall in 1989, East and West Berlin are still two very distinct regions. A stroll through Berlin’s charming streets is the best way to experience the time warp from which many parts of the city are slowly emerging. Berlin Mitte is the central region, offering the most restaurants, shopping and attractions. Everywhere in Berlin, visitors are surprised by the expanse of green, beautiful spaces and parkland.

Society of Expression and Celebration
Berlin’s Cold War generation has flowered from suppressed beginnings into a flourishing world of creative expression. A cutting-edge culture has boomed onto the international stage in the form of festivals and celebrations after 50 years of silence. As the summer season wanes, Berlin hosts the annual Art Forum Berlin in September and October, which showcases trendsetting and fresh contemporary art from all over the world, including Australia, Latin America and the USA. Attendees may also participate in seminars and workshops focused on the art of tomorrow. The Berlin International Film Festival (Berlinale), held in February, rivals its Italian and French competitors with acclaimed submissions and coveted awards. The most massively unifying and culturally eclectic celebration is Berlin’s renowned Love Parade. Initiated with a mere 150 people in 1989 as a display of love, tolerance and an homage to electronic music, this gargantuan festival of DJs and dancers aboard competitive floats makes its journey down Berlin’s Großen Stern to finally gather at the Victory Column where the party ensues into the night.

A History Not Forgotten
Despite the exemplary movement forward by the citizens, including an affinity for nightlife, Berliners make a special point to capture and embrace their harsh (and ancient) history. The Jüdisches Museum is the largest Jewish history museum in Europe.; The museum not only covers the victimization of Jews in German history, but largely celebrates their contributions to German society, art, science and technology. The museum itself, designed by Daniel Libeskind, is a stunning example of modern minimalism. Also, be sure to visit the Checkpoint Charlie Museum, which documents the historical significance of the Checkpoint Tower that was used to patrol the “no man’s land” of the Berlin Wall between the east and west. The museum also offers an interesting collection of stories from escapees and those who helped them across the border. For a more extensive history, visit the Berlin Historical Museum, which covers Berlin’s modest beginnings as two farm towns straddling a river up to modern day with a special exhibit on 20th century portraits.

Traveling the Berlin of today is a journey through time unparalleled by any other European city. Witness the remarkable hardiness and overflowing spirit of a city that is growing, changing and unifying right before your very eyes!

Why Go For Private Jet Charters